The November edition of From The Horse’s Mouth and contains a very interesting and informative interview with Barry Drew.

To read the interview and many more entertaining things, please click on the following link: www.deancharltonmag.com

Hello. My November magazine is ready for publication at the end of the month. It is full of interesting interviews with well-known therapists in their field, fun and serious astrology, a letters page, a look at the Child Centre in Keighley and much more!

The magazine itself is free each month and has existed as an e magazine since the start of 2015. It is free to subscribe to and all this means is that you will get a free copy of the magazine emailed to you each month. You can view the magazine at : www.deancharltonmag.com Best Wishes, Dean.

Please be aware that my free magazine’s short story competition is open until the 30th of November – so if you fancy yourself as an author here’s your chance!

Entries must be in English and no more than 2,500 words and must be sent to: deancharltonmag@gmail.com 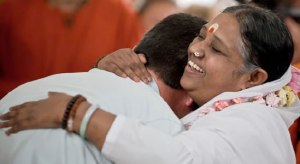 I was privileged and blessed to gain immense insight into the nature of divine love by a meeting with the Hindu Holy Woman called Amma who ritually takes on Kali and becomes Goddess incarnate. I met her on her visit to London, when a number of individuals within the ethnography attended, who were her devotees. Amma becomes the Goddess Kali in Devi Bhava Darsan. She imparts the unforgettable essence of unconditional love to her devotees, who approach her on their knees to be hugged by her.

To read more and subscribe for free, please go to: www.deancharltonmag.com

Method:       Mix together ingredients and make into a stiff dough with cold water. Roll into

Casserole. Make sure the stew does not go off the boil and keep lid on the

Saucepan making sure not to overfill the pan.

I move on to point a finger at Annas and Caiaphas.
At a meeting of the Sanhedrin, which was the Jewish Council authoritative in
both religious and secular matters, the High Priest, Caiaphas, had stated that
it was to their “advantage that one man should die for the people, rather than
that the whole nation should perish.” (John 11:50). Caiaphas was not saying that
Jesus deserved death but that it would be convenient if he were to die. Such was
Jesus’ hold on the people that the Sanhedrin had become frightened both of the
people and of Jesus.

To read more and to subscribe for free, please go to: www,deancharltonmag,com

Eric and me were good mates for a long time. It was the late forties. We were poor but didn’t know it then – we were just concerned with living and enjoying each day as it passed. When I think of those long gone days I think of Eric and eggs.

One Sunday we had been off to look at a pond we knew – we were experts on a thousand things that lived, flew over, swam, crawled or just moved in that miniature world although I doubt if we knew the names of half a dozen between us. To boys, time is just a gap between one day and the next and it suddenly dawned on us that it must be around tea time. We made our way home stopping by some farm houses; we climbed over a crumbling wall to have a pee. Then as we were about to move on we saw something exciting and wonderful:  a nest on the ground beneath the weeds with twelve large white eggs shining brightly. We were egg-mad and knew many nests: Thrush, Blackbird, wren – even a Wood Pigeon, but this, this was the ultimate of our wildlife discoveries.

To read more of this short story and to view and subscribe for free to my mag go to: www.deancharltonmag.com

MY NOT VERY SERIOUS STARS

A visitor from abroad may teach you some new and exciting ways to have fun. Could be a good time to dye your hair to match your favourite shoes.

This month you should include rhubarb and custard in your diet. A Scotsman will show you more than his kilt. Think about changing your religion.

A fat middle-aged man may try and sell you something fishy but don’t fall for his unusual charm. A red bra may completely change your life.

Someone with learning difficulties may surprise you with their understanding of a complex problem. It may be a good time to change your vehicle but be careful from whom you buy it.

A close friend will prove their weight in gold as they help you in a difficult situation. Stop wasting yours and everybody’s precious time with nonsense!

To read the free magazine and to subscribe for free, please go to: http://www.deancharltonmag.com

My magazine in its’ current form began in January 2015 – it had existed in paper form over twenty years ago but ceased because of mounting printing costs.

It is a magazine that anyone can write in or display photos of original artwork and I am now working on my eleventh edition which will be published around the first of November. I am also running a short story competition at the moment.